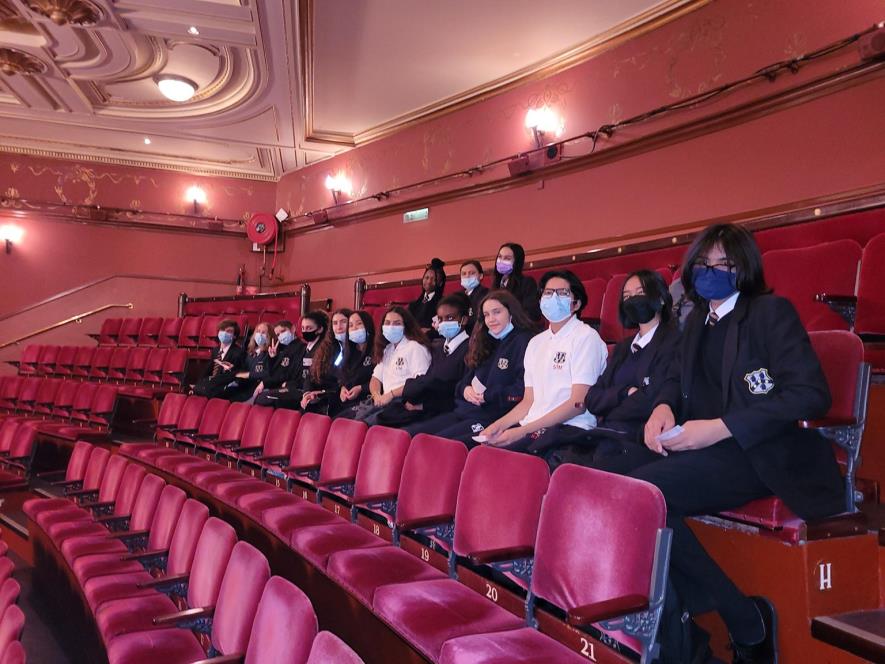 A Visit to the Opera at the London Coliseum

On the 12th of October, fifteen students within the music department (plus Mr Gaudencio) were given the opportunity to attend the first dress rehearsal of the opera ‘Satyagraha’ since lockdown! We were so lucky to have been able to attend such an event (and for free) as this musical event was truly one to remember!

We left during period four, to go to Leicester Square where we arrived at the London Coliseum. The theatre is an old Victorian-like place full of golden accents, red carpets and expensive bars where people could get food and drinks. Once we had all settled down in our balcony seats, some of the staff at the Coliseum gave us a heartfelt speech just before the show. The performance was an artistic interpretation about Gandhi’s early life in South Africa and gave out messages about his peaceful protest ideas.

There were so many wonders to be viewed all throughout this three hour production: glimmering lights being hung on the ceiling, giant people being made out of paper, coats being hung up in the sky, a woman floating through the air and a warm open bond fire and so many more dazzling sights to be seen! And not to mention the spectacular voices of the performers that completely blew us away! It was truly a day to be remembered.

Thank you so much to the music department for giving us such an amazing opportunity and wonderful memory to be had. Sveva Masullo 10CTK